Background: The effective classification of the melting curve is conducive to measure the specificity of the amplified products and the influence of invalid data on subsequent experiments is excluded.

Objective: In this paper, a convolutional neural network (CNN) classification model based on dynamic filter is proposed, which can categorize the number of peaks in the melting curve image and distinguish the pollution data represented by the noise peaks.

Methods: The main advantage of the proposed model is that it adopts the filter which changes with the input and uses the dynamic filter to capture more information in the image, making the network learning more accurate. In addition, the residual module is used to extract the characteristics of the melting curve, and the pooling operation is replaced with an atrous convolution to prevent the loss of context information.

Results: In order to train the proposed model, a novel melting curve dataset is created, which includes a balanced dataset and an unbalanced dataset. The proposed method uses six classification-based assessment criteria to compare with seven representative methods based on deep learning. Experimental results show that the proposed method not only markedly outperforms the other state-of-the-art methods in accuracy, but also has much less running time.

Conclusion: It evidently proves that the proposed method is suitable for judging the specificity of amplification products according to the melting curve. Simultaneously, it overcomes the difficulties of manual selection with low efficiency and artificial bias. 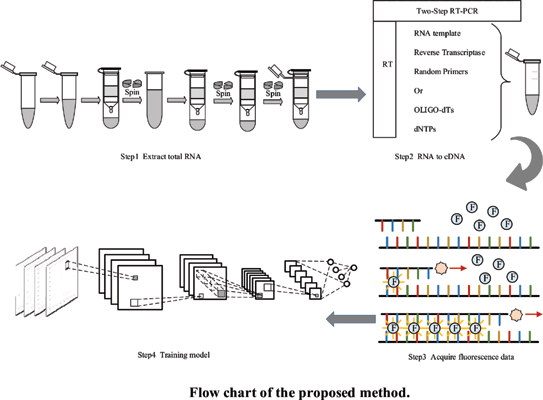