Predicting Drug Side Effects with Compact Integration of Heterogeneous Networks

Methods: In this study, we adopted a network embedding method, Mashup, to extract essential and informative drug features from several drug heterogeneous networks, representing different properties of drugs. For side effects, a network was also built, from where side effect features were extracted. These features can capture essential information about drugs and side effects in a network level. Drug and side effect features were combined together to represent each pair of drug and side effect, which was deemed as a sample in this study. Furthermore, they were fed into a random forest (RF) algorithm to construct the prediction model, called the RF network model.

Results: The RF network model was evaluated by several tests. The average of Matthews correlation coefficients on the balanced and unbalanced datasets was 0.640 and 0.641, respectively. 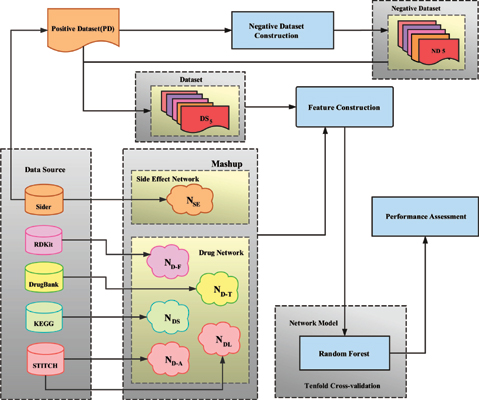